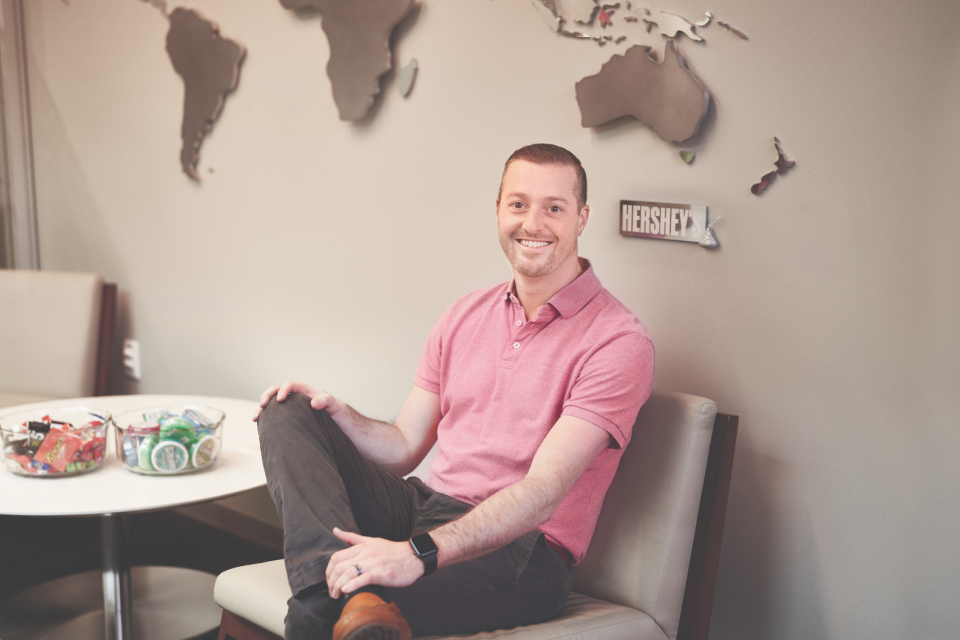 His pioneering approach to data-driven media buying has earned Vinny Rinaldi '08  a spot on Ad Age’s list of “40 Under 40 People Shaping the Media Industry."

There’s a good chance you’ve heard of Vinny Rinaldi’s last two employers: a little tech start-up called Google, and a Pennsylvania chocolate manufacturer known as Hershey. With heavy hitters like those on his resume, it’s hard to believe Rinaldi graduated from UC just over a decade ago. The business management alum and former ice hockey player spent two years as Google’s senior programmatic account manager, and in 2017, moved on to to his current role at Hershey, where his work has already earned Rinaldi a spot on Ad Age’s list of “40 Under 40 People Shaping the Media Industry” in September 2019. The magazine lauded his approach to “data-driven media buying … [which has] led Hershey to gaining $4 million incremental sales last Halloween with a program to improve sales in underperforming markets.” A sweet honor, indeed.

You’re head of addressable media at Hershey. What exactly do you do?

I oversee all our media investment—$350 million a year on TV and digital advertising for every single brand within our portfolio (Reese’s, Twizzlers, etc.). It’s such a mindset shift from where I used to work in advertising technology and at Google. Where my UC education comes into play is in business relevancy. I’m not just buying media related to how much chocolate we sell; we’re also part of Wall Street. If we need cacao beans for chocolate, what’s happening in the global market matters. It’s helped me go back to what I learned in college and use the business perspective I developed at UC.

What’s the most valuable class you took at UC?

I learned a lot in my business courses, especially the higher level ones, but I learned even more from getting involved in the community, doing things like the Boilermaker and the Heart Run and Walk. To me, that’s what helped define my time at Utica more than my education. It helped me grow into the person I am today, how I approach things in business, my personal life—those aspects all stem from those four years in Utica.

Best candy of all time?