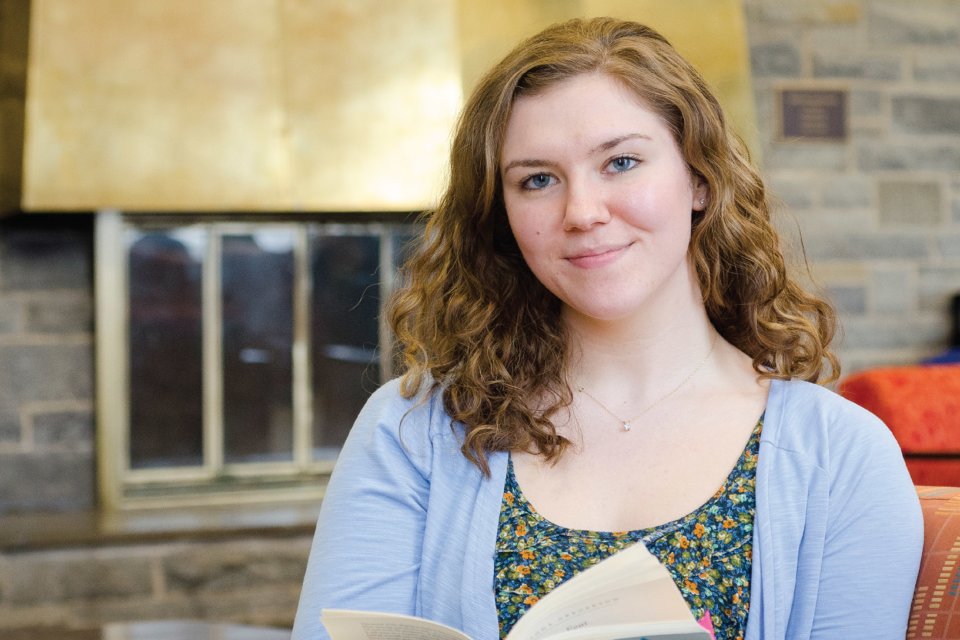 English major Alison Brown ‘17 has always been inspired by William Shakespeare’s work. But while researching his classic comedy The Tempest, she discovered how one of her own ancestors might have inspired the playwright himself.

In the fall of 2016, Alison Brown spent lots of time with The Tempest. The story, one of Shakespeare’s most famous, centers on Prospero, who is cast off to a remote and deserted island at the behest of his jealous brother. During her research, as part of an independent study with Professor Jason Denman, Brown studied how play’s setting—the now clichéd “desert island”—came from Shakespeare’s keen interest in Colonial Jamestown and a particular tale from the early 1600s.

When the earliest colonists began settling in Virginia, seven convoy ships loaded with supplies were sent from England to Jamestown. While six ships arrived safely in America, the biggest ship, called the Sea Venture, wrecked off the coast of Bermuda. With plenty of food and supplies, however, all of the passengers survived on the island for many months. In fact, they were able to rebuild the Sea Venture and finish the journey to Jamestown nearly 10 months later.

But their welcome wasn’t exactly a warm one. Without the expected supplies, the colonists back in Virginia had little food over the winter, and nearly three-quarters starved to death. The period became known as “The Starving Time” in Colonial history.

In the midst of Brown’s research, one tidbit stood out: One of the most important people onboard the Sea Venture was Sir Thomas Gates, who served as governor of Virginia after the island dwellers’ return to Jamestown.

“Gates is my mother’s maiden name, and I knew that I was related to Horatio Gates, an American general in the Revolutionary War,” she says, crediting the discovery to her Aunt Deb, who is “super into ancestry.”

“When I learned about Sir Thomas Gates, I wondered if I was related to him, too.”

Some online research revealed that General Horatio Gates was, indeed, the great grandson of Sir Thomas Gates, the Virginia governor—and, in a way, Shakespeare’s muse for The Tempest.

“It’s a crazy story, and I love telling people about it,” says Brown. “I’ve always loved Shakespeare, and to find out one of my ancestors inspired him just makes it 10 times cooler.”

The discovery was a catalyst for Brown’s continued interest in literature about Jamestown. She submitted her work with Professor Denman on the topic to a national journal before graduating in May 2017. Today, she’s putting her love for literature to good use as school librarian for the Utica City School District. Brown also plans to study library science in the University of Buffalo's online School Librarianship program.