Speaking Out for Students 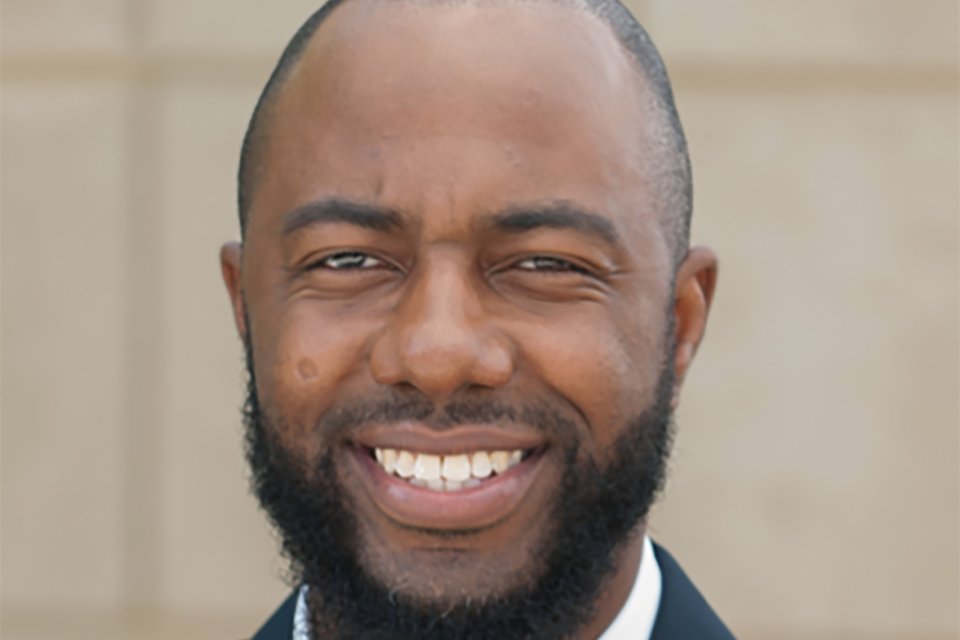 In January of that year, a ninth grader at Friendship Collegiate Academy in Washington, D.C. was gunned down walking home from school. The school’s principal and UC alum Curtis Lawrence ’94 was among the 40 high-school students and teachers—including many from Parkland, Florida—invited to the White House on February 21 for a listening session on gun violence hosted by President Donald Trump, Vice President Mike Pence, and Education Secretary Betsy DeVos.

How did you learn you’d been invited to the President’s listening session?

It happened really quickly. On Monday, Feb. 19, the CEO of our charter school network emailed me. He said, “The President is doing a listening session. Here’s the link to register now.” I went on and registered to get security clearance, and the next day I was cleared and invited to come as one of the representatives of Friendship Collegiate Academy, along with four of our students.

Did you know what you were going to say going into the session?

I did have an idea. I knew I wanted to share how gun violence has impacted my organization here, which was different from the situation in Parkland, Florida. In January we lost a student who was on his way home. So the conversation isn’t just about violence in schools, but to and from. I wanted to encourage the President to consider solutions to benefit both scenarios. I shared that it had to be a two-pronged approach.

What was your take on the conversation that emerged?

It seemed like were two sides that developed; one was for arming teachers, and one was for looking at other solutions. I did not agree with arming teachers, which at one point, the President appeared to be leaning toward. It’s important to realize how different every school is in terms of location, demographics, whether it’s urban or rural, and I wanted to emphasize that. I will say it was productive since it was televised and got people talking about the issue. People in the nation got to hear that there’s a problem of gun violence on the outside, and students can be victims of it. I hope my comments got the conversation going, and that people will start to influence congressional and local officials to make change.

What was it like being in the White House?

For me, as a former history teacher, I was in heaven. We got a tour and saw some incredible things: George Washington’s sword from the American Revolution, china sets going as far back as John Adams’ presidency, a picture Dolly Madison saved from the War of 1812 when the British burned down the White House. Being able to see that level of history was enthralling. We met President Trump at the end, and he took a picture with the students. They were excited about that.

You graduated from UC in 1994. Tell me about your career path since then.

I pretty much went right into education after UC. I taught in Harlem for 10 years as a middle-school history teacher. I rose to be the chair of the history department there. While there, I got accepted into a principal training organization, which started my path toward administration. I’ve been an assistant principal in Harlem, the South Bronx, and Newark, New Jersey. I also was a founding principal at a middle school in San Antonio. During my tenure, the school was ranked one of the top 25 middle schools in the state of Texas, and in the top one percent of schools in San Antonio.

That’s impressive! What’s the secret to your success as a principal?

The secret is in hiring talented people and building a team among leadership, and supporting and developing teachers. It shows your belief in what they can do—and in what students can do.

What’s the response been like since you were part of the listening session? Have you gotten any negative feedback?

I got a bunch of texts and emails from friends saying things like, “I was in the airport and I saw you on TV!” My colleagues at school agree with my position and were happy I mentioned the need for a two-pronged approach. I even received a couple emails from people who let me know they were pro-gun, pro-NRA, but said “You spoke your position very well,” and they agree with me that we need to look at both environments and contexts. That was good to hear.