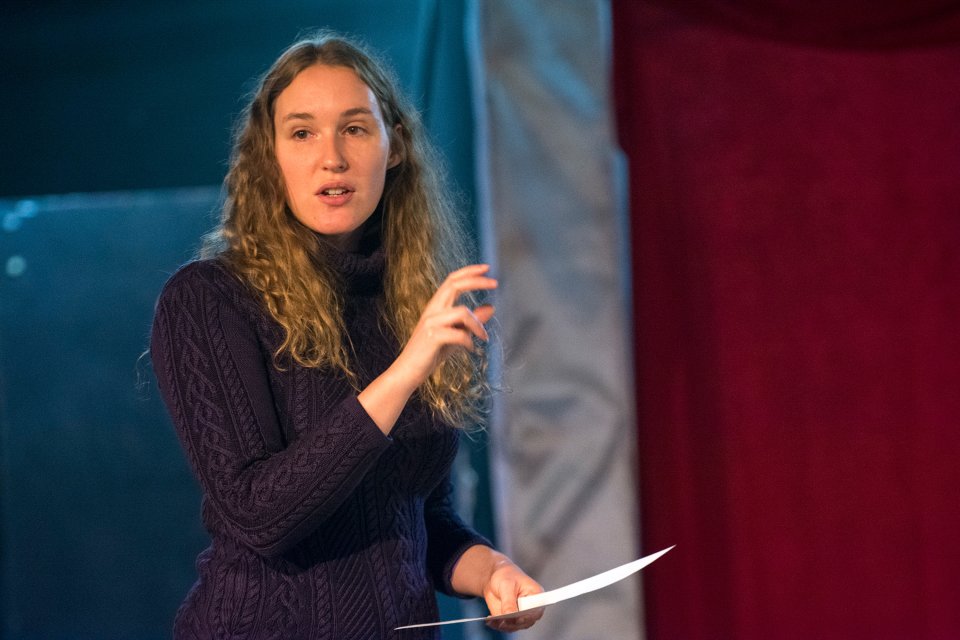 “With infinite complacence people went to and fro over the earth about their little affairs, serene in the assurance of their dominion over this small spinning fragment of solar driftwood…”

Thus did the October 30, 1938 broadcast of the Mercury Theatre on the Air and its host, Orson Welles, greet its viewers with War of the Worlds, a tale of invasion by H.G. Wells that seemed perfectly suited to a time and population already on edge amid the Great Depression and a war brewing overseas.

Now, 82 years later, a population on edge once more as a worldwide pandemic continues to sweep through the land, War of the Worlds hits the 21st Century airwaves courtesy of Utica College’s Department of Performing and Fine Arts, and director Rachel Wolfe.

Hitting the airwaves on the same day as it did more than eight decades ago, Utica College’s production of War of the Worlds will debut on WPNR 90.7 FM and streaming platforms at 5 p.m. on October 30. From that time on, it can be heard here: http://player.listenlive.co/42951

The department was just wrapping up the Spring semester’s performance of Ghost Stories of Yotsuya when they turned their attention to the fall. Costume Designer Kristin Palazzoli had been talking about what a great time she had staging a radio play in the past, putting the idea on the radar for Wolfe, Assistant Professor of Theatre at Utica College.

“When we all suddenly got switched to remote learning in March, we figured it would be advisable to choose a radio play so we could have the flexibility to stage it in fall if the pandemic was over or broadcast if it wasn't,” Wolfe explains. “And it's a good thing we did, because the pandemic is not over and having the remote option has been a lifesaver!” 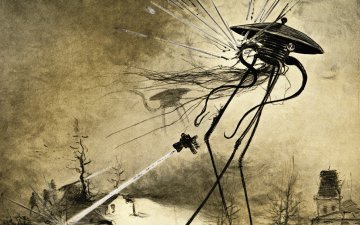 This particular piece seems just as relevant for audiences now as it did in 1938, Wolfe says. The War of the Worlds broadcast dramatizes imagined news coverage of a fictional Martian attack on the planet and within an hour everyone on Earth is immediately and drastically affected.

“This resonated with me a great deal back in March, when my life and the lives of everyone across the globe was suddenly and simultaneously upended by the pandemic,” says Wolfe. “I chose the piece because of this resonance, because I felt like our student actors and our audience would be able to relate to War of the Worlds now, in 2020, in a way that people have not been able to since the idea of Martians attacking became laughable decades ago. Literal Martian attacks are still laughable, but Martians as a metaphor for the virus, not so much.”

Though this Utica College performance will be a contemporary tale taking place in 2020, a vanguard of invading army from Mars will still land on Earth but Wolfe explains the story goes a little deeper than just the analogy of Martians equating COVID-19.

“In times of relative peace, prosperity, and stability, people get complacent--we feel like our societies and our way of doing things are unshakeable,” Wolfe explains. “Back in the '30s, with the Great Depression and the rise of Hitler, and now, between COVID-19, global warming, and the growing threat of facism at home, things feel much more unstable. We've all seen how rapidly our lifestyles can shift, how fragile our society really is, and how easily major infrastructure like the economy can topple on a dime. The idea of our own sudden, swift collapse is no longer camp fiction; it's reality, and these days I can see why audiences in the '30s thought this might be true and freaked out. It's because sudden, major collapse was normal for them, as it is rapidly becoming for us.”

While the production has been made contemporary, Wolfe says they had to change very little dialogue in order to do so. One change from the original 1938 broadcast , however - the director will not also be playing the lead in this production. That will fall to Junior Communications and Media student Gabby Hudziak, who has been active in both the theatre program and the college radio station WPNR.

“And a fine job she's been doing, too!” Wolfe enthusiastically adds. “I can't wait for audiences to hear her, and all the other talented young voice actors we have performing in this show.”

During a typical production season, the cast is onstage with elements such as sets, costumes, properties, and lighting to deal with. However, like most of the world amid the COVID-19 pandemic, nothing is typical. Instead, the audio format will allow the cast and crew to focus exclusively on sound design and voice acting.

“Voice training for the actors involved is always a part of putting on a play, but there are different techniques for projecting your voice across a theatre than for speaking into a microphone, so the actors are learning different skills this time around,” Wolfe explains. “Personally, I see that as a great opportunity, because this semester our student actors get to learn a skill set that is pandemic-proof and translates directly into paid work after college--I mean, practically every commercial you've ever seen has a voiceover, so there is a constant demand in the marketing sector for trained voice actors. In selecting plays to direct, I always try to find something that will enable me to equip my actors with a special skill (accents in Arcadia, stage combat in Ghost Stories at Yotsuya), and doing a radio play with attendant voice actor training fits beautifully into that pattern, precisely because it's different from what we usually do. It will also enable us to reach audiences we don't usually reach; I'm inviting my whole extended family and friends network to tune in from around the globe, which isn't usually an option. There's real opportunity in moments of crisis!”

And unlike traditional theatre, the “theatre of the mind” that is an audio production has offered a laser-like focus without the usual tools at one’s disposal for stage performances.

“In traditional theatre, you have so many different tools at your disposal to get your message across: not just words, but also gestures, facial expressions in addition to vocal tones, movement and light and color and visual symbolism, all of which work together to tell the story,” says Wolfe. “In radio, you have the words, the tone, and a few sound effects, and that's it. Since you have to rely on those few tools, you have to use them really, really well or the whole thing falls apart. There's less room for error, and consequently more opportunity for excellence; because by focusing wholeheartedly on a few things, you can really hone and polish them without dividing your attention between multiple things of equal importance. By the time we get to the finished product, our listeners will have to come to it with more imagination to make up for the lack of visuals, but that imagination will be fed by a much more complex and intentional soundscape.”

The biggest challenge to the cast and crew has been working to figure out how to safely use the sound and radio equipment, all of which was designed and installed before a time when social distancing was required.

“We're currently juggling a number of ideas, including identifying what type of masks would minimally impact our actors' vocal performances, putting each voice actor in a separate room with a wireless microphone and connecting them by Zoom call, even building cubicles on the stage to keep actors apart as they perform in an empty theatre. It's wild,” Wolfe says. “But our tech theatre professor, Laura Salvaggio, our radio professor, Doug Croft, and Shad Crowe are putting their collective expertise together, and I'm sure we'll come out with something that is both effective and safe.”

Listeners will be able to aid in the growth of Utica College’s arts programs, as the production is part of the ALLIN4UC program - inviting members of the Pioneer family to give to the area of UC they care about most.

“We’re encouraging our listeners to contribute to Communication and Theatre under academics,” Wolfe explains. “Any money contributed under these specific categories will go toward the construction of a new performance lab to support our performing arts programs here on campus.”

Utica College’s Production of War of the Worlds will premiere on WPNR Radio 90.7 FM and streaming platforms on Friday, October 30 at 5 p.m. 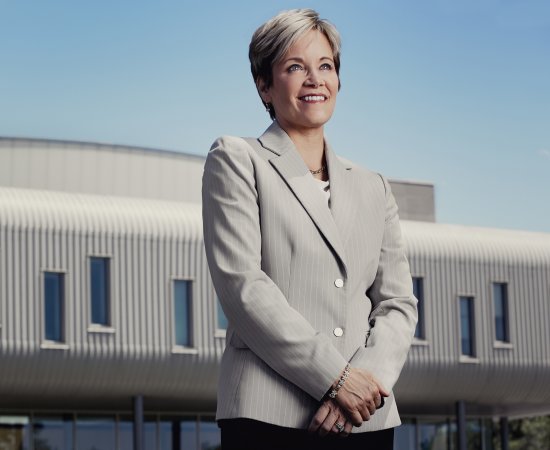 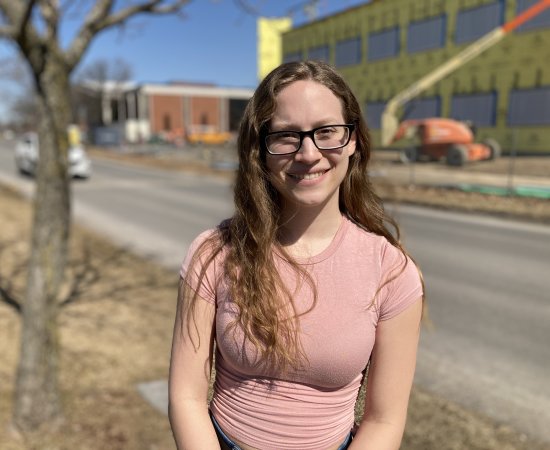 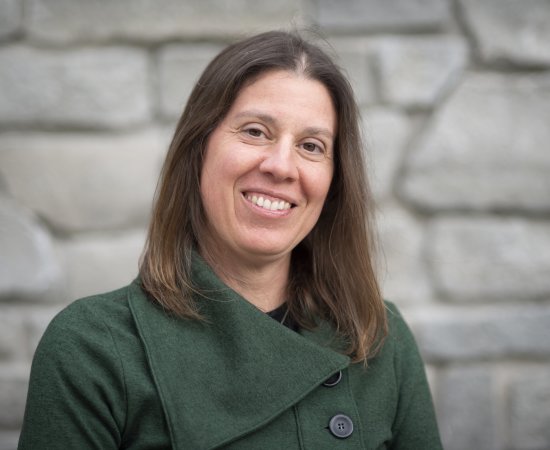