A Ripple of Hope: Shanelle Gabriel '06 reflects on creating community, mentors, and leaving a legacy 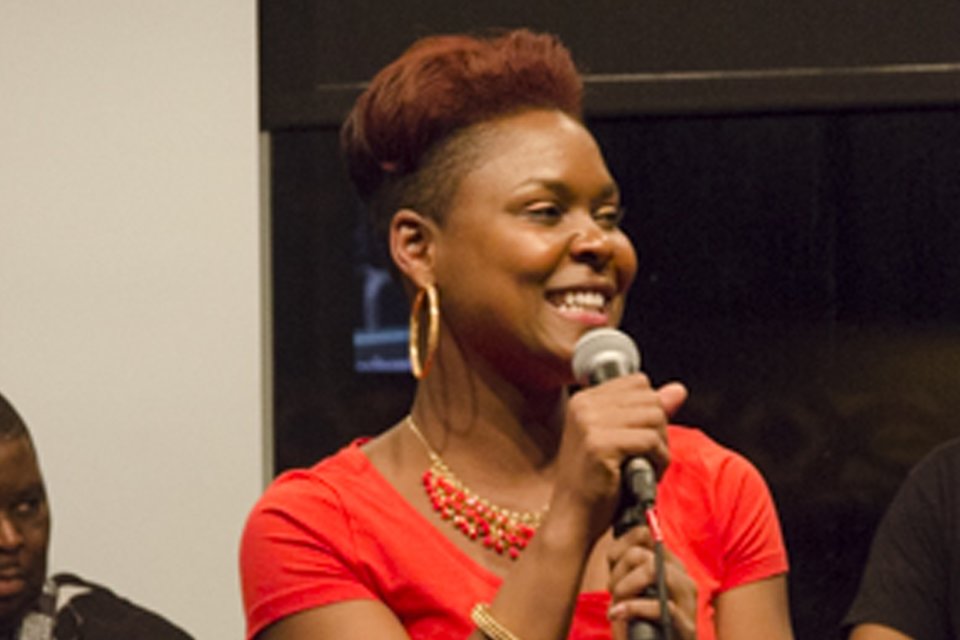 “His eyes lit up as he shared his vision of a highly engaged network of Black alumni that would also serve as mentors and a support system for Black students at UC.”

When UC student ambassador Leonard Morgan III ’99 showed up in my high-school auditorium during my senior year, he told me that if I chose to attend Utica College, I could have my own radio show. “We have a station called WPNR that students run,” he said.

That was all I needed to hear to take the UC application home. Of course, the small classroom sizes, lower tuition, campus activities, and financial aid that helped confirm my decision. Hearing Leonard speak so highly of his experience at Utica College (then of Syracuse University) allowed me to envision myself there. Much later, I would learn that Leonard helped solidify many Black students’ decision to attend UC, showing that representation matters—and how seeing a person of color represent a college that wasn’t an HBCU can impact a decision.

In July of 2002, I prepared for my transition from the Black and Caribbean-concentrated area in Flatbush, Brooklyn, to an area of New York State that was, at the time, nearly 80 percent white, according to the US Census.

As a student in the Higher Education Opportunities Program (HEOP), I was able to start my semester with a diverse group of friends and the support of their staff as I transitioned into college life. Those initial connections made things smoother for me and allowed me to connect with upperclassmen who served as mentors. Being Black at UC meant being a part of a sovereign community within the wider, predominantly white campus. Being Black at UC meant cafeteria parties, Kwanzaa dinners, A.I.M. (Africa in Motion) Dance Troupe Extravaganzas, and Angelic Voices of Unity Gospel Fests. We built safe spaces and took on leadership roles to make sure our voices were represented.

Still, there were challenges. While Utica College was considered diverse by national standards, there were many classes where I was the only Black student, and we had only one Black professor on campus. There were moments where I had to challenge stereotypes for white students from small, segregated towns whose first-ever interactions with people of color occurred on Orientation Day. Part of the knowledge I gained at UC was learning how to navigate spaces with people who didn’t share or even stigmatized my background, race, and culture. This was not always an easy task, especially as the term “microaggression” was not common language as it is now, and the blatant moments of racism were not captured on cell phone video. Even through this, I was able to graduate with friends of all identities.

Upon earning my degree in Communication Arts and a minor in Business Management, I stepped off campus and into the world of the performing arts and arts education. As a former Student Senate President, member of Alpha Kappa Alpha Sorority, Incorporated and the Black Student Union, General Manager of WPNR 90.7 FM, and more, I credit UC for allowing me to graduate with a full resume and experiences that informed my work. I also left with a demo tape filmed in Strebel Auditorium that later secured my spot on HBO’s Def Poetry Jam. From there, I toured full-time, performing in 45 of 50 states as well as Nigeria, South Africa, Italy and more. All that time, I stayed in touch with UC staff who supported me like Mark Kovacs, Carolyn Carstensen, and Alane Varga. I frequently returned to Homecoming to see these mentors and the unbelievable growth of the College with my own eyes. 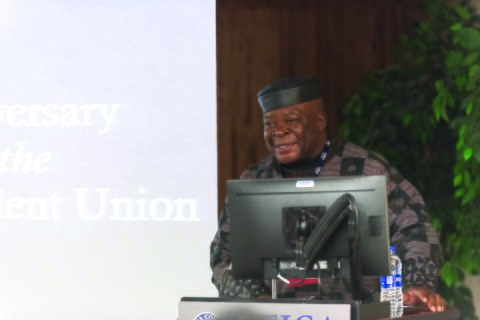 Here is where Jonathan Adewumi ’86 enters my story. I met Jonathan at a Utica College event in New York City in 2015. A fellow Pioneer and former member of the Black Student Union, Jonathan and I had a lot in common and became fast friends. When Jonathan confessed that he hadn’t been back to UC since graduation, I encouraged him to return for a visit. He finally did in fall 2019 for the 50th anniversary of the Black Student Union, where he was truly in his element—reconnecting and celebrating with good friends.

After that visit, Jonathan told me how he was invigorated and impressed by the physical growth of the campus and, most of all, by the students. Jonathan, a man who fully believed in unity within communities of Afro-ancestry, also told me about his idea to revive the Black Alumni Association (BAA). He envisioned the BAA creating scholarships, hosting events and workshops, and ensuring that Black alumni returned en masse each fall for Homecoming. I remember how his eyes lit up as he shared his vision of a highly engaged network of Black alumni that could serve as mentors for Black students during and after their time at UC.

I was excited, too. As Jonathan shifted into his role as co-chair of the Metro NYC Regional Alumni Network in February 2020 and I took on the role of BAA president, we began working together to achieve his vision.

In March, our plans and worlds shifted as COVID-19 ravaged New York City, especially the Black community. And on April 17, 2020, I received the shattering news: We lost our dear Jonathan Adewumi to COVID-19.

I was devastated, as were the many UC alumni who attended his virtual memorial service—and who all sought to honor him in some way.

In June, the Black Alumni Association created the Jonathan Adewumi '86 Memorial Scholarship to support the education of students who foster the ideas of community and entrepreneurship that Jonathan upheld.

The scholarship was officially established on Juneteenth, also known as Freedom Day, which I know Jonathan would have greatly appreciated. We are currently fundraising to ensure the scholarship’s perpetuity (see sidebar).

While we grieved the loss of this beautiful soul filled with so much vision and passion during this time of quarantine, unrest was bubbling from the murders of Ahmaud Arbery, Breonna Taylor, Daniel Prude, and others at the hands of law enforcement. We witnessed the cruel and agonizing murder of George Floyd, which released a flood of tears, anger, and protests across the world. This became a fight to have our society finally recognize that, even though we know all lives should matter, the importance of Black lives has continued to be in question. While we recognize the contributions of our ancestors who fought for Civil Rights, to this day, there are still systemic barriers that are still hurdles to the success of today’s Black students. They come from underfunded and overpoliced schools, low and middle-income communities historically hindered from having the benefits of generational wealth. And there is a hole in mentorship, which is necessary for upward mobility. This is something Jonathan recognized and wanted to change.

After discussing the state of the country as well as the specific needs of Black students at UC, the Black Alumni Association worked with Office for Career and Professional Development (in particular, Maria Araujo) to funnel Black alumni into the new Career Mentor Program so that the pool of alumni would be able to reflect the full population on campus. As much as I know that my schedule can be beyond hectic (I’m working full-time while pursuing my Master’s full time), supporting the reconnection of the Black Alumni community means the world to me. Our students are the next leaders of the world; how can I not do all I can to help prepare them?

When I think of my engagement with UC, I think of Leonard Morgan shaping my beginning and Jonathan Adewumi cementing me in the present. Both envisioned my destiny long before I fully saw it myself. I was able to speak to several leaders of various Black organizations on campus, and I aim to continue the work that was done in me in 2002 and again at the beginning of 2020.

I say to the current UC students, especially students of color, that amidst this dark season, any light you find in your heart, any passion you have, take it, nurture it, and share it. We are the dream of our ancestors, and like them, we are all required to continue laboring to build a more equitable society. We are allowed to be angry but we cannot let hate steal our joy. We are allowed to feel discouraged but we cannot give up on our goal.

To quote Robert F. Kennedy, “Each time a man stands up for an ideal, or acts to improve the lot of others, or strikes out against injustice, he sends forth a tiny ripple of hope.” I pray those ripples turn into waves. 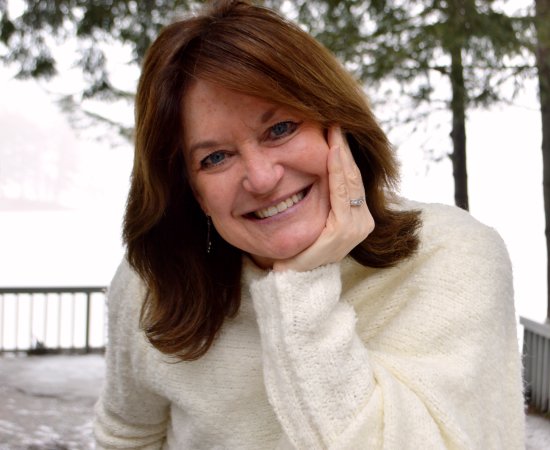 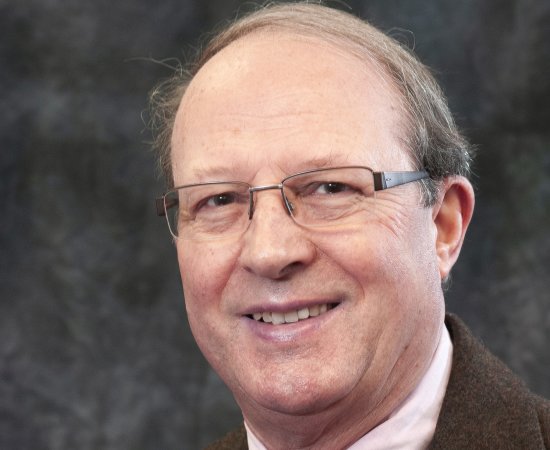 Frank Bergmann remembers being shuffled down into the basement of the apartment building where he lived as a child. When... 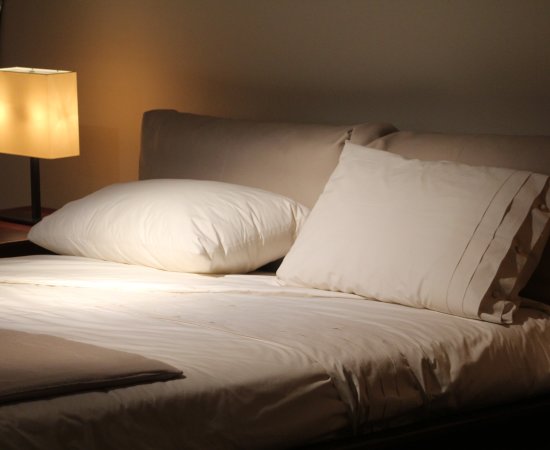 How much is a good night’s sleep worth? The value might very well be determined by the design of your...
All Stories