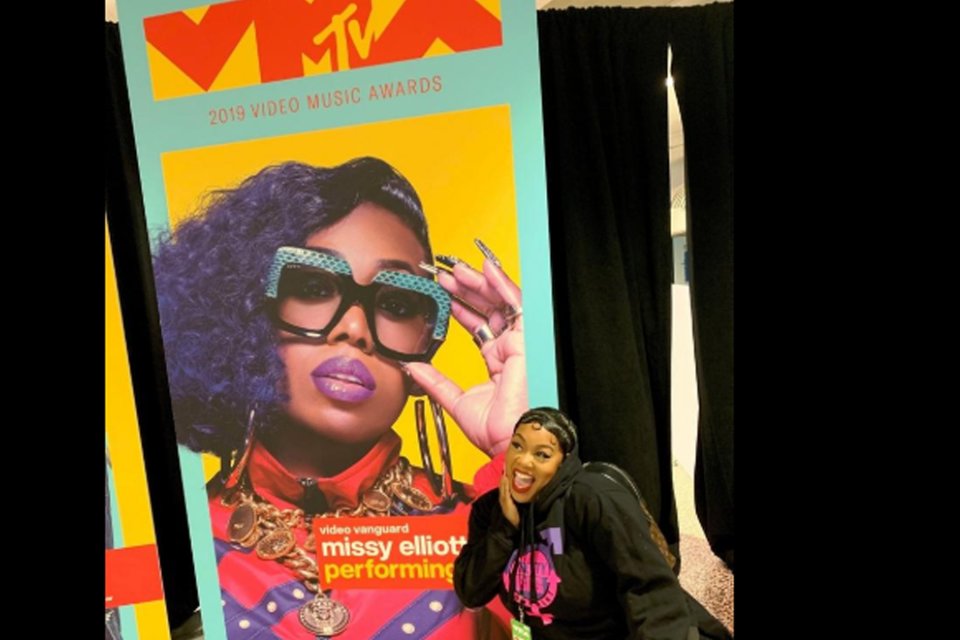 “Utica College gave me the foundation I needed to become a powerful business owner..”

The performance by rapper and singer Lizzo at this year’s MTV Video Music Awards was “meant to grab the attention of the audience from the start,” said Akira Armstrong.

She would know: The Utica College alumna and her dance troupe, Pretty Big Movement, were backup dancers for the show, aiming to captivate viewers of this year’s VMAs with their energy, costumes and size to Lizzo’s hits “Truth Hurts” and “Good as Hell.”

″(Lizzo) made sure she had the right dancers to portray the meaning behind her songs,” said Armstrong, who graduated from Utica College in 2005. “That meant average-size women, not tall and skinny. Pretty Big Movement was ready for that — and, from the responses the act has brought, so was everyone else.”

The performance with Lizzo was the latest chapter for Armstrong, who has made strides since her time as a Pioneer.

Prior to becoming CEO of Pretty Big Movement, Armstrong compiled an extensive dance history that includes time with the Jubilation and Bernice Johnson dance companies; performances in Vienna, Austria and the Apollo Theater; and two music videos with Beyoncé.

Due to her size, however, Armstrong said obtaining an agent for her career was impossible.

“This was 11 years ago when being plus-sized in media was unheard of,” Armstrong said. “I had countless agents tell me they loved my dance style, but didn’t know how to market me. I was ready to quit and become a makeup artist. But then one day, it hit me: I could either sit around waiting for someone to give me an opportunity I deserved or I could create it myself. That’s how Pretty Big Movement was born.”

Within two years, Pretty Big Movement had traveled to places such as Canada and Korea. From there, the full-figured dance company booked segments on Good Morning America, become models for Lane Bryant and performed on America’s Got Talent.

“None of this has been easy,” Armstrong said. “There’s been hits I’ve had to take and several uphill struggles, but I love what I do and who I represent. I’m giving women a voice and empowering them.”

Graduating in 2005 with a bachelor’s degree in public relations helped Armstrong propel her career, she said.

“Utica College gave me the foundation I needed to become a powerful business owner,” Armstrong said. “I still use the media lists and workshop skills they taught me to this day. I also have a close relationship with my professors, Kim Landon and Mark Kovacs. They believed in me and have remained part of my support.”

As CEO of Pretty Big Movement, Armstrong said she has to stay on her toes, always seeking new opportunities not for full-figured dancers, but for herself, as well.

In that respect, the VMAs was a direct hit.