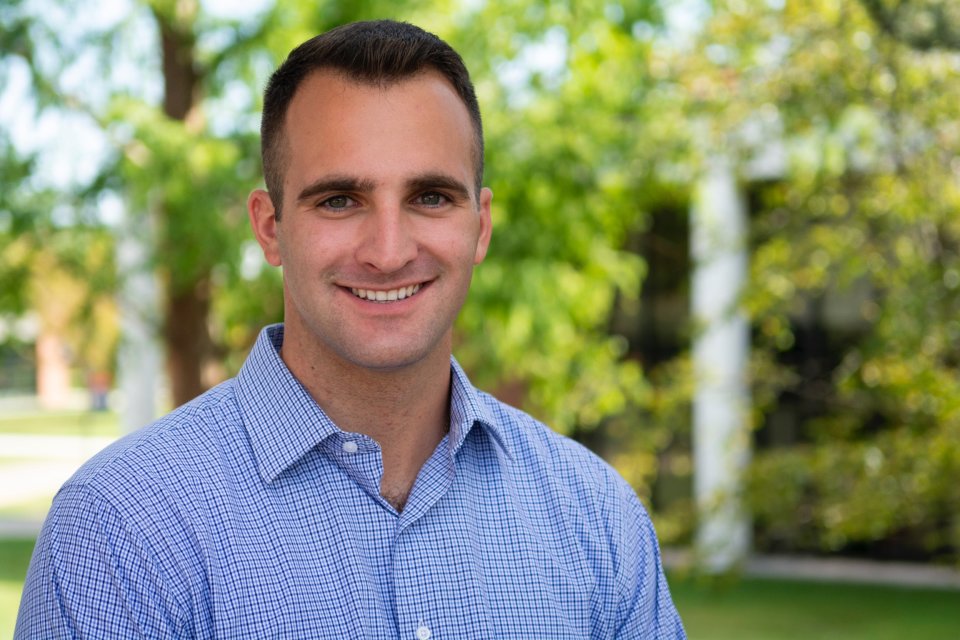 “That’s part of a college education—learning to work with people who don’t think like you, but who want to accomplish the same goals.”

Michael Delia was set on scoring his dream job from the moment he set foot on UC’s campus—even before he was officially a student.

In 2016, Delia, then a high-school senior from Poughquag, New York, visited Utica College for Major Discovery Day, an admissions event designed to introduce prospective students to UC’s different majors. Delia chose to attend construction management day; both his father and grandfather had worked in construction for decades, says Delia, and he had grown up determined to follow the same career path.

“Since I was a kid, I don’t remember one family dinner where construction wasn’t the topic of conversation,” he recalls.

So on that day at UC, Delia was excited to be paired with Chris Meyer ’79, a construction management alumnus tasked with showing the prospective student around campus. As they toured buildings and talked, Meyer told Delia about his own construction company, Meyer Contracting, located downstate near Delia’s hometown. At the end of the day, as they prepared to say goodbye, Meyer asked if Delia had any more questions for him. He did. He asked for a job.

“I’m proud to have played a part in creating a place at UC where we can honor [veterans'] sacrifice.”

Surprised and impressed, Meyer delivered. He helped Delia secure an internship at his company that very summer, serving as an assistant to the project manager and gaining real-world experience in construction management months before he’d take his first CM class at UC. In fact, Delia has returned to Meyer Contracting each summer since 2016, and in 2019, Meyer offered Delia a full-time position as an assistant project manager after his graduation in May 2020.

Says Delia, “I’ve had a great experience there as an intern, so I’m excited to join the team full-time.”

Now a senior, Delia has excelled at UC, taking leadership roles in both the Student Contractors Association and Student Government Association. In the spring of 2019, his peers elected him president of the SGA, and he’s spent the first months of his tenure “surrounding myself with good people who want to get things done,” he says. And he’s quick to point out that “good people” aren’t always people who share his views.

“That’s part of a college education—learning to work with people who don’t think like you, but who want to accomplish the same goals.”

For Delia, one of those goals will be realized on November 8, when a new Veterans Monument and Flagpole—constructed in part by the SCA—will be dedicated in front of the Strebel Student Center.

“Both my grandfathers were Marines,” he says. “I’m proud to have played a part in creating a place at UC where we can honor their sacrifice.”