On the Front Lines of Tragedy 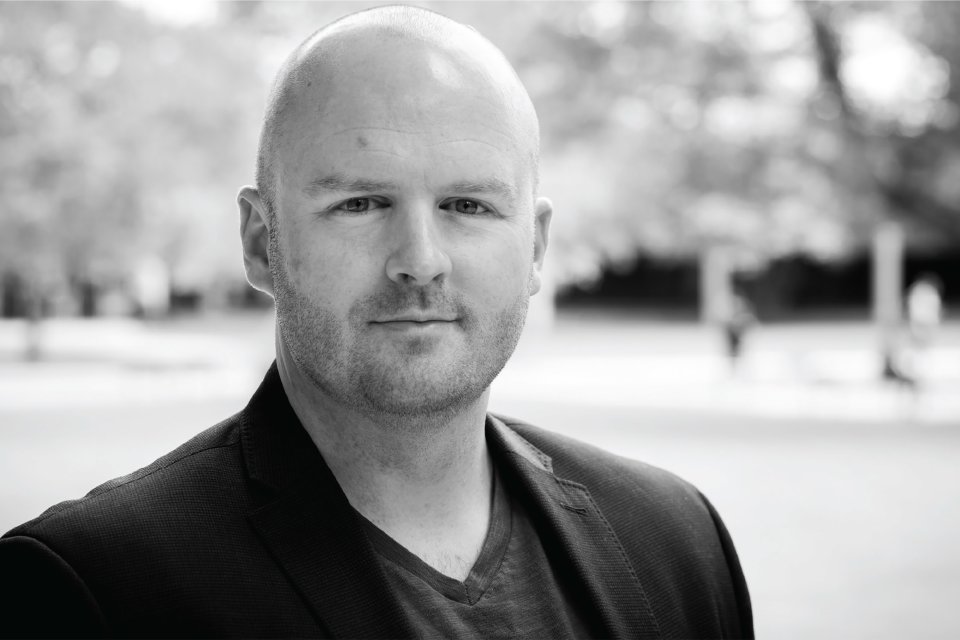 Before a packed house in McFarlane Auditorium, criminal justice alum Matt Donaldson ’05 shared the details of the most memorable—and most terrifying—day of his life.

Donaldson, a detective with the Las Vegas Police Department, was one of the first officers to respond to the Mandalay Bay shooting on October 1, 2017, when a gunman opened fire on a crowd of concertgoers, killing 58 people and injuring hundreds more.

“We were sure we were going to die that day,” says Donaldson, who recalled storming the hotel room where the shooter, Stephen Paddock, had assembled more than 25 assault rifles, cameras, and other surveillance equipment in preparation for the rampage. Donaldson and his team found Paddock’s body among the artillery; he had shot himself moments before they entered.

“Your brain is operating on pure adrenaline,” he explained. “After we saw he was dead, it was onto the next thing. I immediately went downstairs and got onto another team to assist with recovery.”

Donaldson went on to describe the grim task of identifying survivors on the concert grounds in the minutes after the shooting, and the “surreal silence after so much adrenaline and chaos,” he told the crowd. “All I could hear in that field were hundreds of cell phones ringing—people trying to reach their loved ones. That’s something I’ll never forget.”

In his talk, Donaldson credited the team of counselors in his department for helping him cope with the trauma of that day, mostly by encouraging him to “talk about it,” he said. “They took good care of us.”

Donaldson, who grew up in the small town of Dexter, New York, also encouraged aspiring law enforcement officers to explore opportunities in major metropolitan areas like Las Vegas, even when they’re far from home.

“When you graduate from UC, you have the skill set that large police departments are looking for,” he said. “Because of the quality of the criminal justice program, you’re already on the cutting edge.”