Finding the value in data and data science 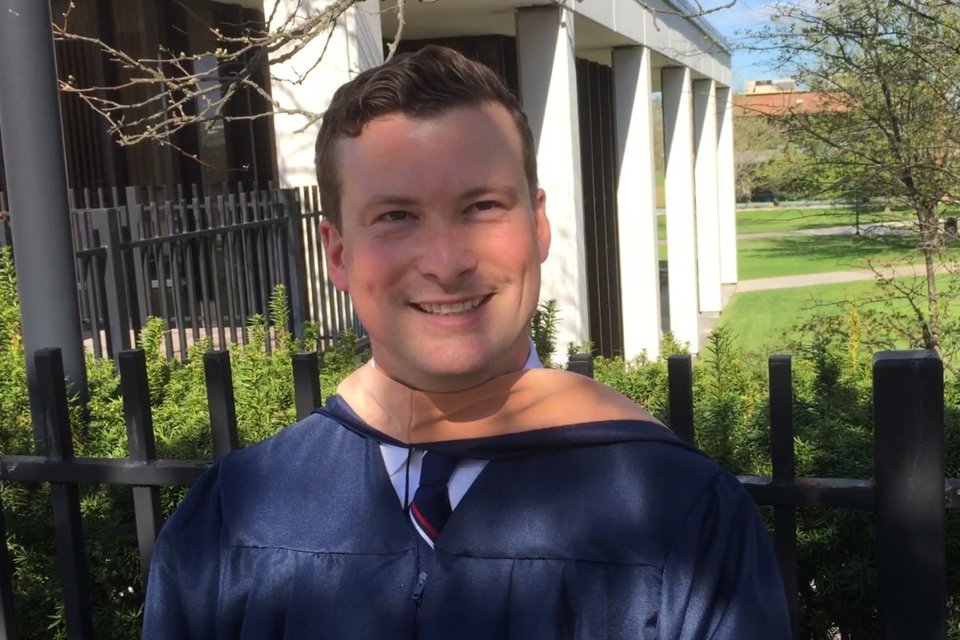 “It’s already given me a new job."

Across the globe, agencies and companies rely on the knowledge and expertise of data scientists to sift through mountains of information and impart it with meaning and value.

Value is something Sean Regan ‘18, ‘19 appreciates. It’s the value of his education at Utica College that led him to pursue not one, but two graduate degrees at UC. When he entered graduate school at Utica College, it was to obtain his Master’s in Business Administration. An elective he chose while in the MBA program, though, that became much more - opening the door to not only a new field of learning, but a new career path as well.

“For my elective I chose business analytics and those courses are offered through the data science program,” he explains. “So I completed my MBA in the fall and then loved Utica and data science so much I decided to continue on with a master’s in data science.”

Regan says it was not only the courses themselves, but the real-world applications of what was learned in those courses that drew him into the field of data science and inspired him to continue on with a second graduate degree from Utica College. The mix of distance-based learning with livestreamed courses and independent work, provided a practical appeal that he says was hard for him to pass up.

"Everything I've learned at UC I've used in my everyday life."

And although he was nearly 400 miles away from Burrstone Road, Regan says that the Utica College online experience allowed him to build great relationships with his professors and colleagues even from a distance.

“My closest classmate lived in Kansas City. I lived in Washington D.C., but we chatted multiple times every week.”

His classmates weren’t the only ones the program helped Regan connect with. He says that thanks to his experiences and education through Utica College, he had a job in place before he even graduated, as a Senior Economist at the Bureau of Labor Statistics in Washington, D.C.

Founded in 1884, the Bureau of Labor Statistics is the primary fact-finding agency for the U.S. government in the broad field of labor economics and statistics, serving as a principal agency of the U.S. Federal Statistical System.

“Even from the core courses for the MBA and all the courses for data science, everything I’ve learned [at UC] I’ve used in my everyday life. It’s definitely been a positive impact on my life,” he says. “It’s already given me a new job. I’ve already transitioned to a new position focusing on data analytics, so it’s already accomplished its goal.”