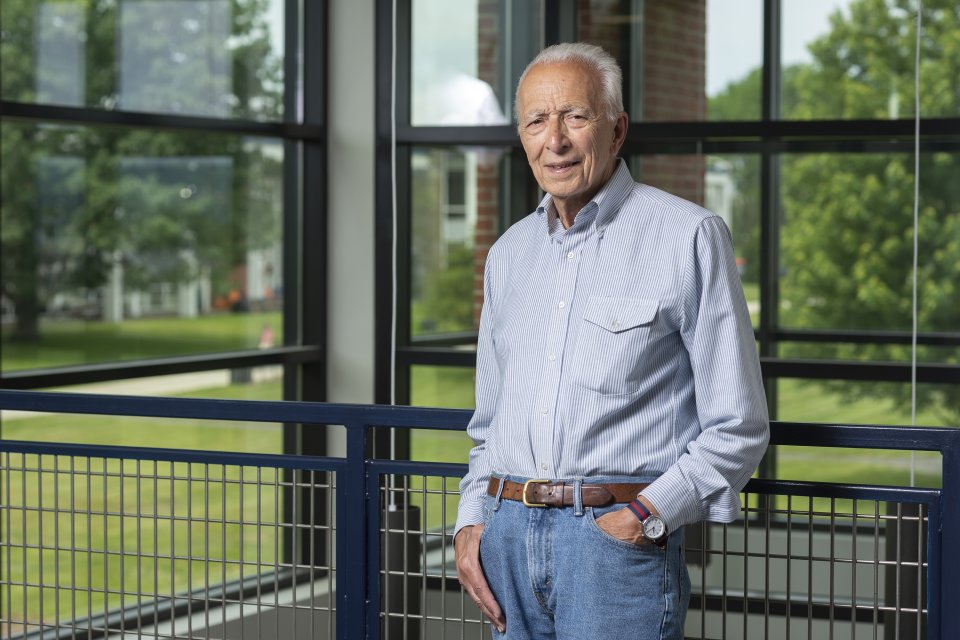 Legendary journalist and UC alum Richard Benedetto ’65 on his new book— a “love letter” to the city he says shaped his decades-spanning career.

As a former White House reporter, a founding member of USA Today, and a political columnist for Gannett News Service, Richard Benedetto’s journalism career has taken him all over the world. But through it all, his heart remained in Utica, where Benedetto ’65 was born and raised—and where his journalism career began.

The former columnist for the Utica Observer-Dispatch is celebrating his time in the Mohawk Valley with a new book, Around and About, A reporter’s love letter to the people and places of Utica and Oneida County, a collection of his columns from 1974 to 1976.

We talked to Benedetto, who now teaches journalism and political science at American University, about the book, his favorite Utica memories, and the Ray Simon mantra that has stayed with him for more than five decades.

Where did the idea for this book originate?

Every once in a while, especially when I’m in Utica, people I run into say they remember a particular column. People have always told me “You should put them in a book.” I was fortunate enough to receive a grant from American University, and I used it to publish the book. It was just a fun project to put it together. These columns are not political at all—they’re human-interest stories about everyday people and places, which journalism doesn’t do enough of now. Today it’s all hard news, and I think people need a break.

There are 121 columns in the book. Do you have a favorite?

One of my favorites is about my first-grade teacher from Albany Elementary School in Utica. I interviewed her just before she retired. The thing that struck me was how she was so embarrassed to think she did anything important in her career. I said, “How many children did you teach to read?” She thought about it and came up with the number 2,000. It made her realize what an impact she’d had on my life and so many others.

What makes your time in Utica so special to you?

That was the time when I came into my own as a newspaper reporter—the time I had the most fun. One of the great things about reporting in Utica and being from Utica was that I knew so many people. I had connections. People would feel free to criticize or praise something I wrote, and I felt as though I was achieving something and making a difference in the community.

You spent decades as a political reporter in Washington, covering the Reagan, Bush, and Clinton administrations, and every political campaign since 1984. How has political journalism changed since then, especially now in the era of Trump?

In my reporting, my goal was to point out wrongs in politics not for notoriety, but so things could be fixed. The point was to make progress. Today, reporters seem to want to tell people how to think. Covering Trump, the media have stopped becoming a neutral party in this debate. The media was never supposed to be the opposition party. That’s one of the things I was taught at UC: Media criticism is a two-way street. We criticize the politicians, and they criticize us. I’m from an old school, but those old values still hold true.

What other lessons from UC have stayed with you?

I use this phrase all the time, and it goes back to Ray Simon: “Reporting is easy. You go places other people don’t go, and you come back and you tell them what you saw and heard.” Journalism isn’t hard; we make it hard. People need information, and our job is to give people good information. The idea that we’re smarter than the people is crazy—we just know more because we went out and saw something other people didn’t see. At UC, we were taught the right way: To write stories in a clear way without a lot of baggage. The name of the game is to communicate to people and help them understand what you want them to learn. It’s not rocket science.

Richard Benedetto’s latest book, Around and About, A reporter’s 1970s love letters to the people and places of Utica and Oneida County is available in the New Hartford Barnes and Noble and on Amazon.

Around and About - Amazon

Around and About - Barnes & Noble

Benedetto has also generously donated 35 copies of Around and About to the Utica College Bookstore. All proceeds from books purchased at the bookstore will benefit the College.

To her students, Leslie Corbo is more than a cybersecurity professor. She’s “cybermom,” a nickname earned after years of connecting... 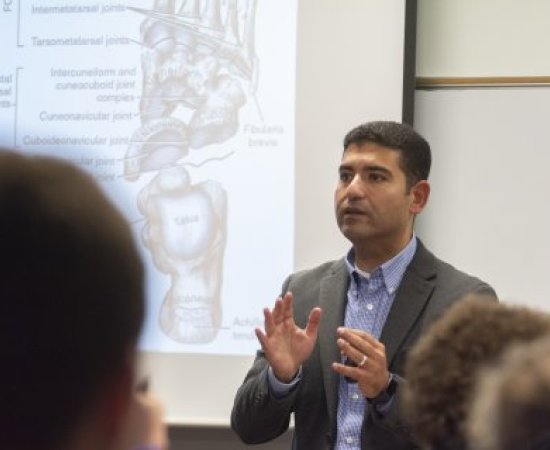 Does your version of "working from home" include "working from the couch or bed with less-than-ideal posture"? Ahmed Radwan, Ph.D,... 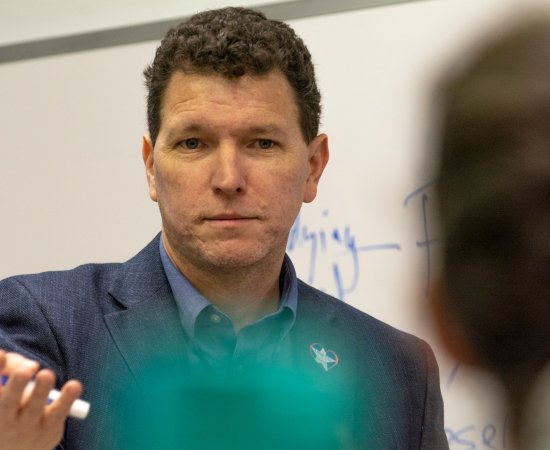 While science works to guide the world to an end of the current COVID-19 pandemic, it is art that is...
All Stories