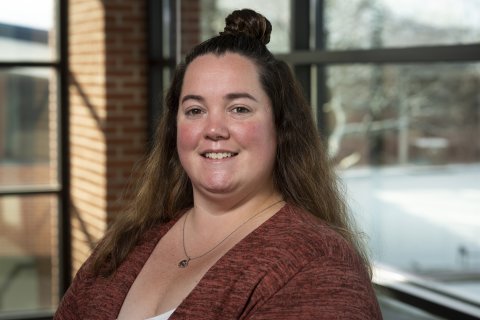 Marissa joined the Utica University family in January of 2014 as an Area Coordinator after working as a Graduate Resident Assistant for Pratt Munson-Williams-Proctor of Utica, NY.

During her time at Utica University, Marissa has been involved in Diversity Committee, has previously worked closely with the SafeZone initiative, the Gender Inclusive Taskforce, and the Residence Hall Association. She is currently a Captain for Team UC for the Heart Run and Walk and the advisor for the Class of 2019. Marissa’s current responsibilities include overseeing all operational components of the student living program, supervising the Area Coordinators, as well as developing and overseeing all residential programming initiatives and assessment processes.

Outside of Utica University, Marissa enjoys baking, cooking, cuddling with her cat Kiara, watching and playing sports, and traveling to exotic places.