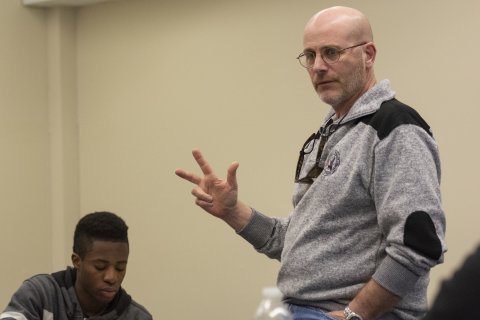 David Wittner is a former Fulbright Fellow and is internationally recognized for his work on nineteenth century technology transfer. He is a Professor of East Asian History and received his Ph.D. from The Ohio State University.

Professor Wittner is a specialist in modern Japanese history, the history of technology, and material culture studies. He also has interests in industrial preservation and cultural resource management. His latest book, co-edited with Philip C. Brown, Science, Technology, and Medicine in the Modern Japanese Empire explores the ways that scientists, engineers, and physicians worked to support the creation of a new Japanese empire, from the eve of World War I to post-war era. His second book, Technology and the Culture of Progress in Meiji Japan examines cultural symbolism and technology transfer in the iron and silk reeling industries from Europe to Japan during the nineteenth century.

He has authored numerous book chapters and articles, as well as a biography of Commodore Matthew C. Perry. Professor Wittner teaches Japanese, Chinese, and World History. He is the Director of the Center for Historical Research and formerly served as the Chair of the Department of History, Department of Government and Politics, and the Department of International Studies.